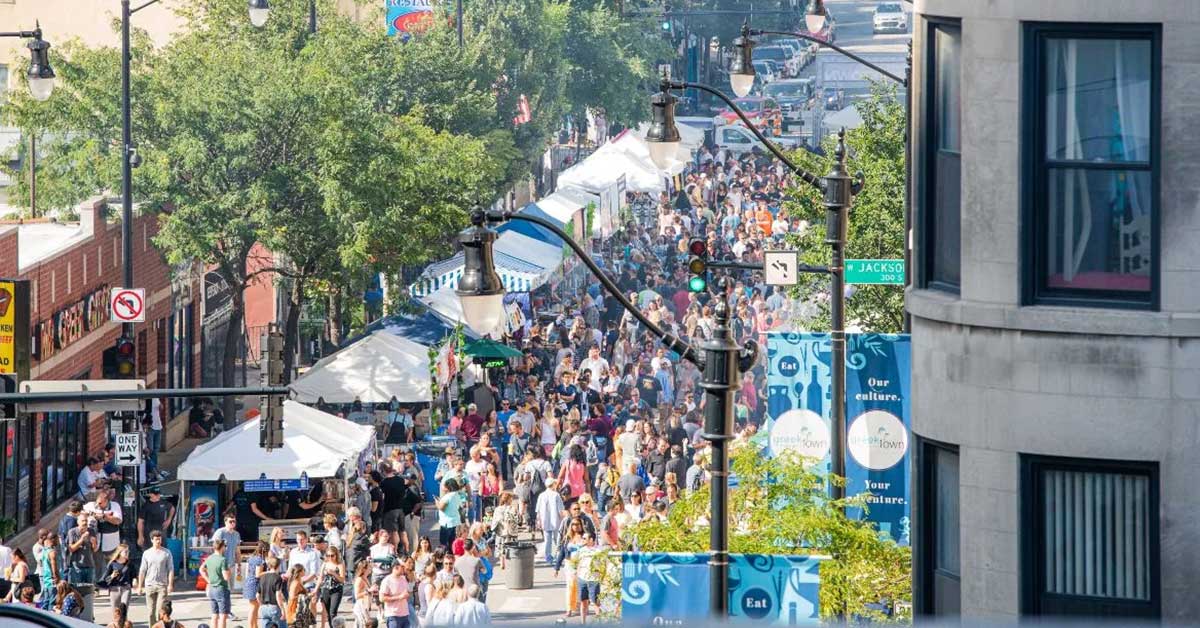 Thanks for coming to Taste of Greektown 2022

Thank you to all who attended our Taste of Greektown festival for its 32nd year – what a success!

At the city’s largest celebration of Hellenic cuisine and culture, the neighborhood’s acclaimed Greek restaurants were the stars of the show, along with live music and entertainment, Greek dancing, unique shopping and retail, family friendly activities and more. Opa!

The festival attracted Chicagoans and visitors alike, as well as a robust list of media attention. Some of the major press placements among dozens include: a WGN TV Daytime Chicago live in-studio cooking segment, an ABC TV Weekender Segment with Roz Varon, a WGN TV in-studio food tasting on the Saturday morning news, a WBBM Newsradio segment, a FOX TV weather report filmed at the festival including footage of charismatic weatherman Tim McGill interacting with vendors and tasting the festival food, and a WLS AM Radio Show and Tell segment.

We are thrilled with the success of the festival, and we look forward to seeing you at next year’s Taste of Greektown!